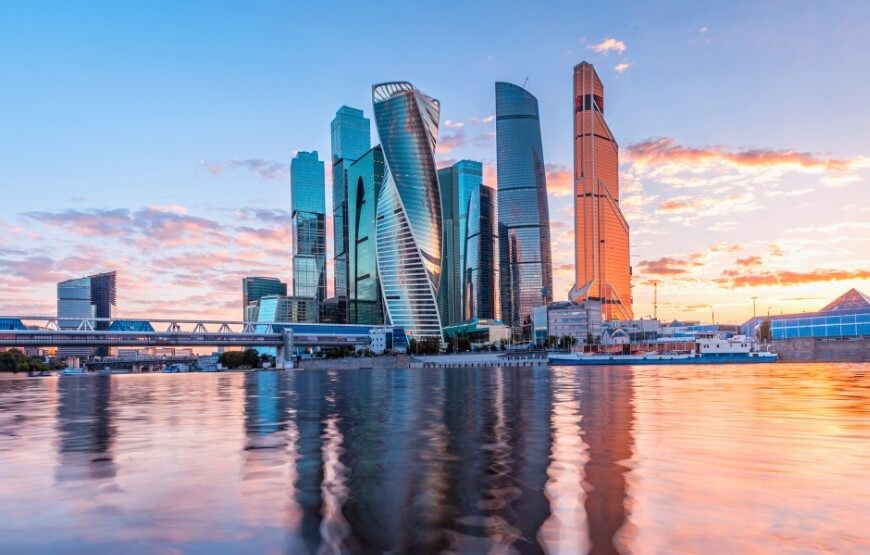 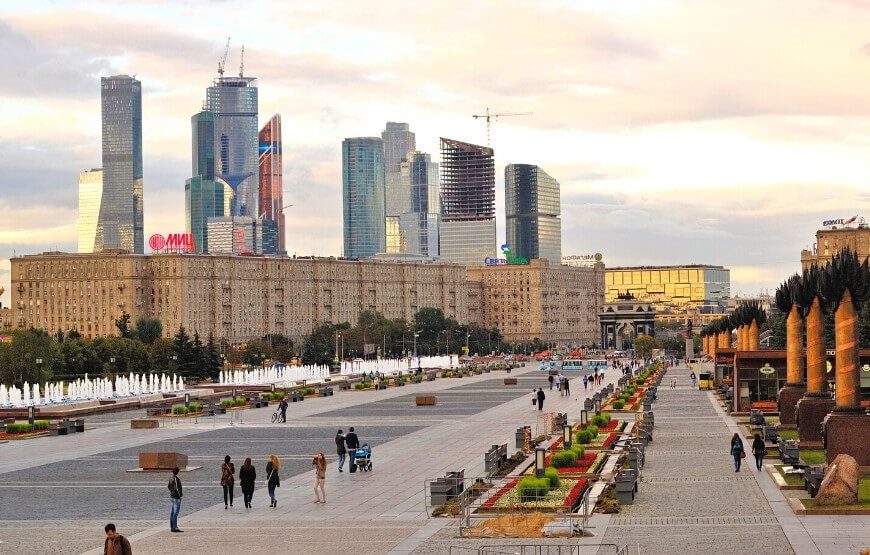 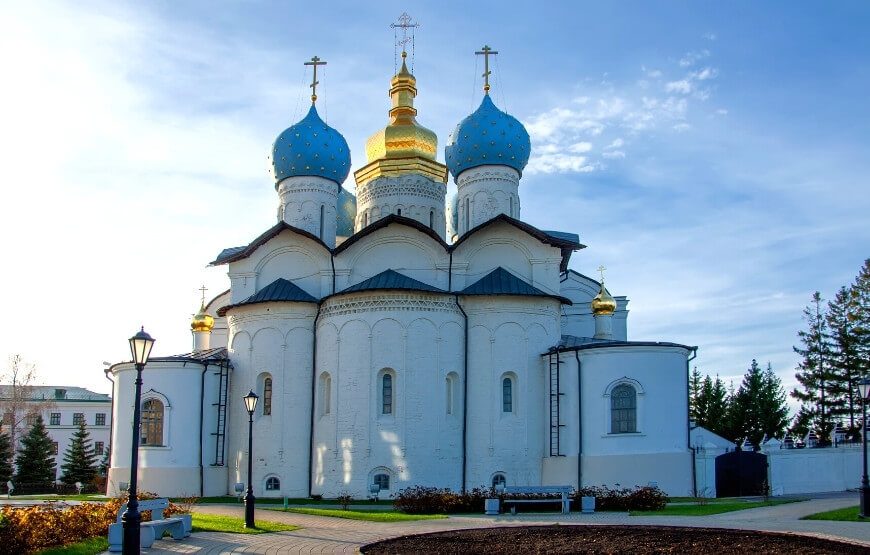 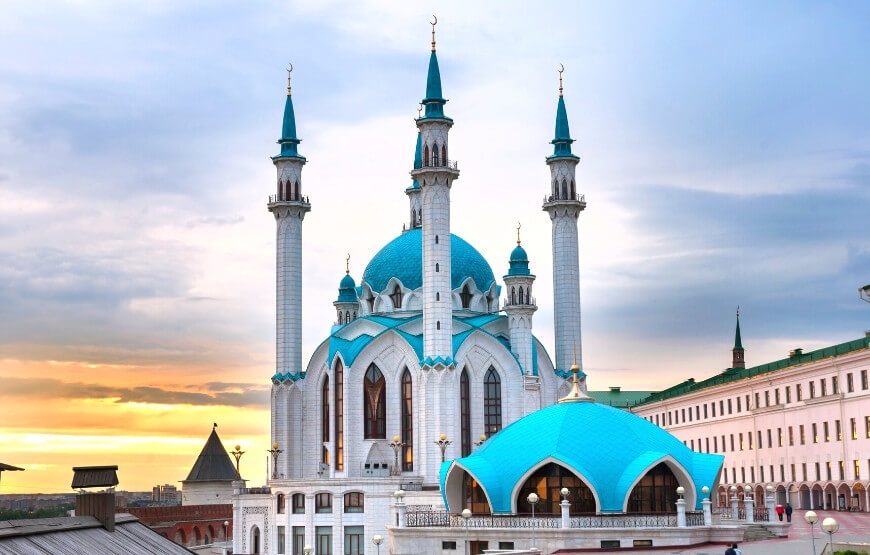 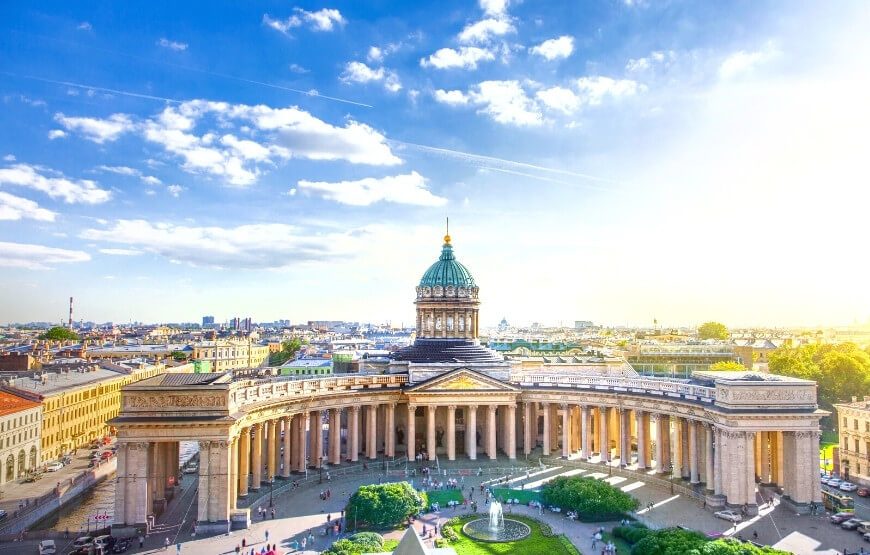 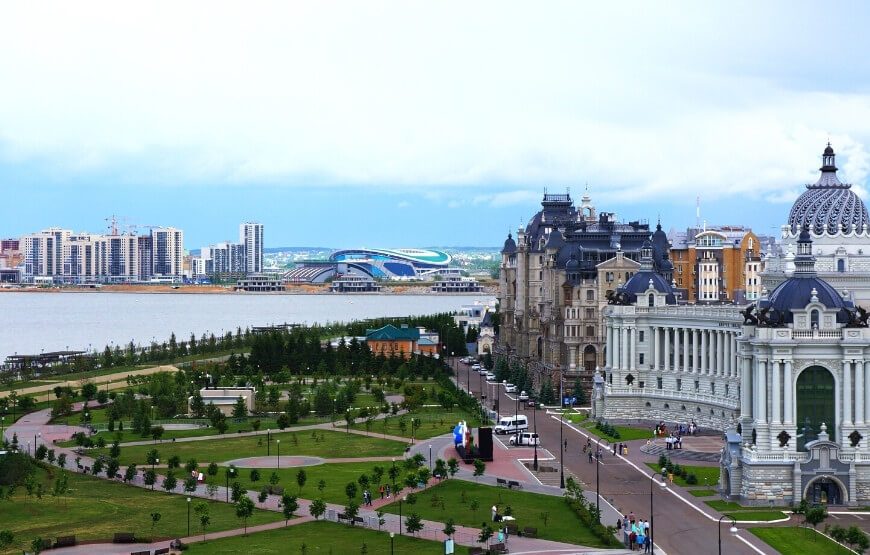 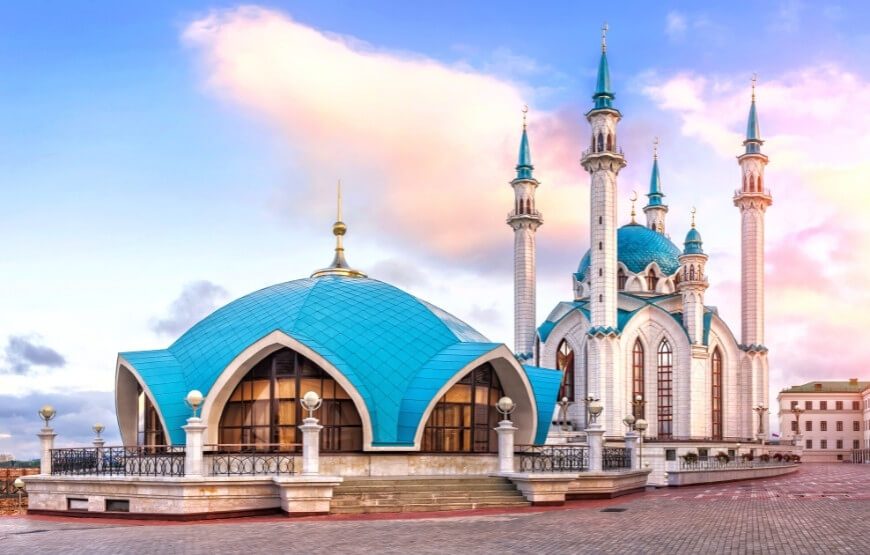 Three Russian cities have at one time or other claimed the status of “capital”. Moscow, of course, the ancient capital of Muscovy, and the capital of the Soviet Union and modern Russia, Saint Petersburg, often called the “Venice of the North”, which was the capital of the Russian Empire from 1703 to 1918, and … Kazan, city, with the country’s largest shopping center. Each with its own unique atmosphere and culture, these three great cities have strong historical links and now, with fast rail connections and flights it is easier to travel the capital of the Khanate of Kazan until the city was finally conquered by Ivan the Terrible. Founded more than a thousand years ago it is a meeting point of East and West and is now a major commercial from one to the other than ever before. Discover these three historic capitals of Russia on this exclusive tour!

Arrival in St. Petersburg, where you will be met at the airport. Transfer from airport to the hotel. After checking in you will have the rest of the day/ evening free.

Breakfast at the hotel. Bus tour of the city’s most important sights, including the Winter Palace and Palace Square, Nevsky Prospect, the Kazan Cathedral, the Church of the Spilt Blood, Vasilievsky Island and Saint Isaac’s Square and Cathedral.

Visit to the Peter and Paul Fortress and Cathedral. This star-shaped fortress, strategically located on Hare island, in the Neva River, was built by Peter the Great to defend the city against the Swedes. As well as a military base, it was used as a political prison in the 19th Century, and many famous people from the Decembrists to the writers Dostoyevsky and Gorky and the revolutionary Trotsky were imprisoned here. You will also see the great Cathedral - the first stone cathedral to be built in the city and the burial place of Russia’s tsars from Peter the Great onwards. Return to the hotel. Free evening.

Breakfast at the hotel. Visit to the State Hermitage Museum. One of the greatest palaces and art museums in the world, it contains thousands of priceless works of art from around the world, including masterpieces by Leonardo da Vinci, Titian, Rembrandt, Manet, Van Gogh, Matisse, Picasso and many other great artists, as well as ceramics, jewelry and archaeological artifacts, weapons, suits of armor, and much more.

In the afternoon you will have a choice:

Visit to Pushkin Palace and Park

Pushkin Palace, also known as Tsarskoe Selo, or the Tsars’ Village, was the summer residence of the Romanov tsars. Built in the 18th Century, and housed in a magnificent landscaped park, it is considered to be one of the most beautiful of the royal palaces around Saint Petersburg. As you walk around the stately rooms of the palace and admire the wealth of fine art, antique furniture and superb baroque interiors, it is hard to appreciate the scale of the devastation that the palace suffered during the Second World War. The whole palace has been restored to its pre-Revolutionary splendor, including the legendary Amber Room, a gift from the Prussian King to Peter the Great, which was removed by the Nazis and has never been seen since.

This great palace, often described as the “Russian Versailles” was begun by Peter the Great and completed by Empress Elizabeth, his daughter. Highlights of this superb baroque building, designed by Rastrelli, include the grand Ceremonial Staircase, the Chinese rooms and the great Hall of Pictures.

As well as the Grand Palace, you will also visit the famous Lower Park. With its terraces, pavilions, golden statues and above all the awe-inspiring Grand Cascade of fountains – including the famous Samson fountain- which leads down from the Palace down to the Gulf of Finland, it is truly one of the world’s great formal landscaped parks. The park also contains a number of buildings built for Peter the Great, including his Monplaisir palace, which he designed himself. Peterhof palace and park, like many of those around Saint Petersburg, were largely destroyed during the Nazi occupation, and have been superbly restored to their original glory.

Return to the hotel. Free evening.

Breakfast at the hotel. Check-out. Transfer to the railway station, travel by high-speed train to Moscow.

Arrival in Moscow, where you will be met by your tour guide. Transfer to the hotel, and check-in.

Optional tour of some the Moscow Metro’s most beautiful stations: each of them unique, they were designed to demonstrate the achievements of Soviet engineering and show the Soviet people the bright future that lay ahead.

Return to the hotel. Free evening.

Breakfast at the hotel. Guided tour of Moscow Kremlin, including entry to the cathedrals. You will see the medieval walls, the giant Tsar Cannon and Tsar Bell, the royal palaces, and the Ivan the Great bell tower, long the tallest building in the city, as well as the 15th and 16th Century cathedrals where generations of Russia’s tsars were married, crowned and where many of them are buried. As the official residence of Russia’s president the Kremlin is still the center of political power in Russia.

Return to the hotel. Free afternoon and evening.

Breakfast at the hotel. Transfer to the airport. Flight to Kazan.

Arrival in Kazan, transfer to the hotel and check-in. Bus tour of Kazan’s main sights: the Kremlin, the old Tatar quarter, the Tugan Avylym open-air ethnographic museum, the Mardjani mosque - the oldest active mosque in the city, built during the reign of Catherine the Great, the famous Kamal theatre, the Peter and Paul Cathedral, the Icon of Our Lady of Kazan, and the Kazanka river embankment, from where you can enjoy panoramic views over the city and surrounding region.

Breakfast at the hotel. Bus tour to Sviyazhsk island, at the junction of the Sviyaga and Volga rivers. Sviazhsk played a strategic role in Tsar Ivan the Terrible’s conquest of Kazan: the tsar converted this uninhabited island into a easily-defendable garrison to supply his armies. After the end of the campaign it lost its military function and became a religious center. This picturesque island contains many historical buildings: you will see the main fortress built for Tsar Ivan the Terrible, the Cathedral of the Holy Virgin, the wooden Church of the Holy Trinity, one of the oldest wooden churches in Russia, and the 16th Century Monastery of the Assumption, with its outstanding cathedral, as well as the Museum of Sviyazhsk. You will have time to explore the island, which is an area of great natural beauty, and enjoy the superb views over the Volga.

Breakfast at the hotel. Transfer to the airport.