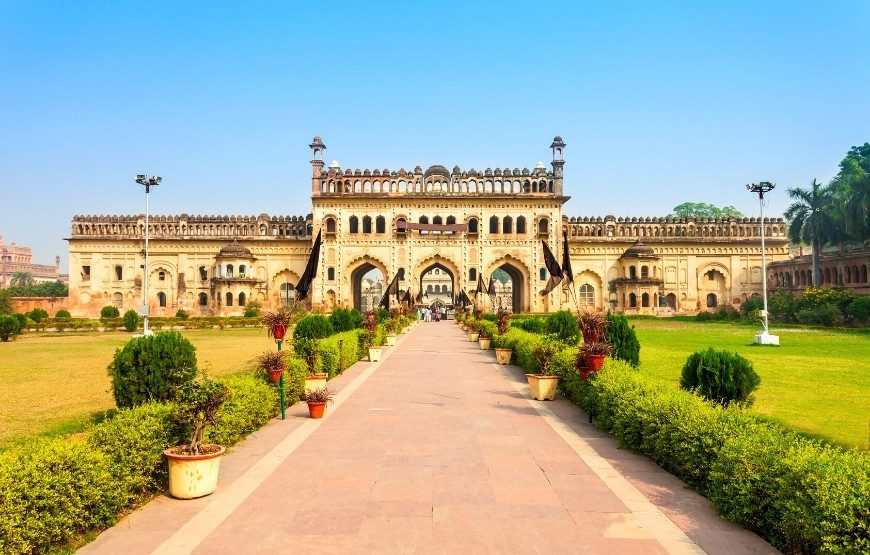 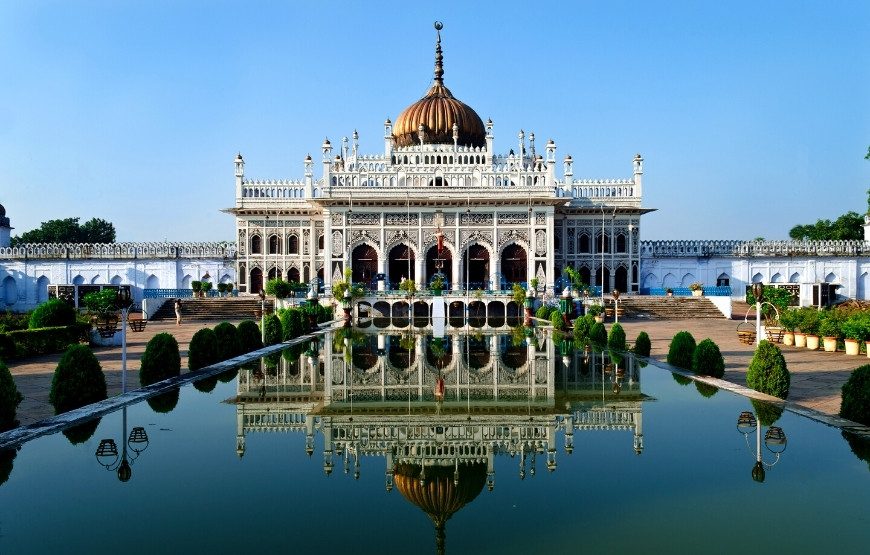 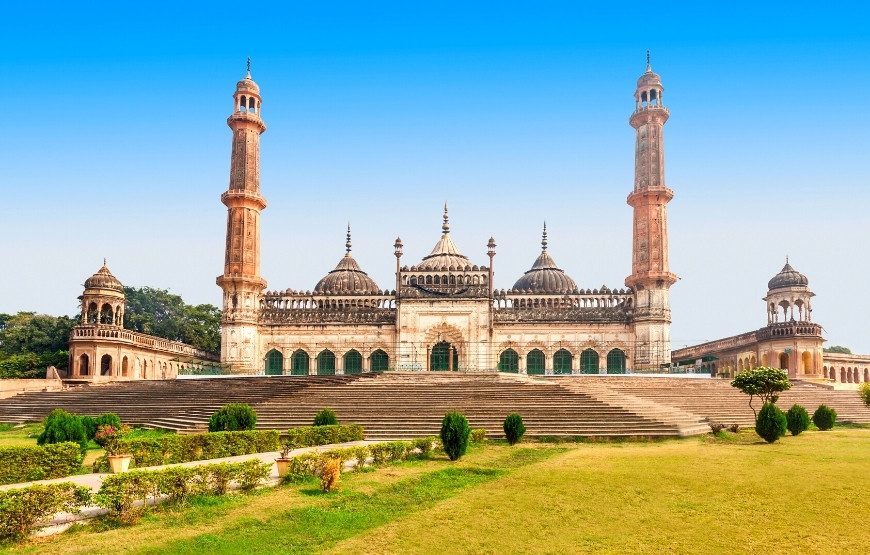 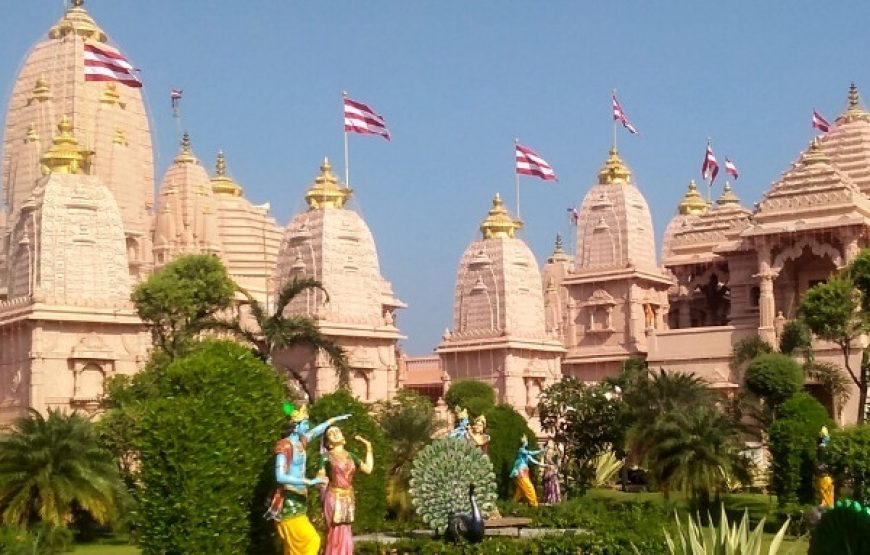 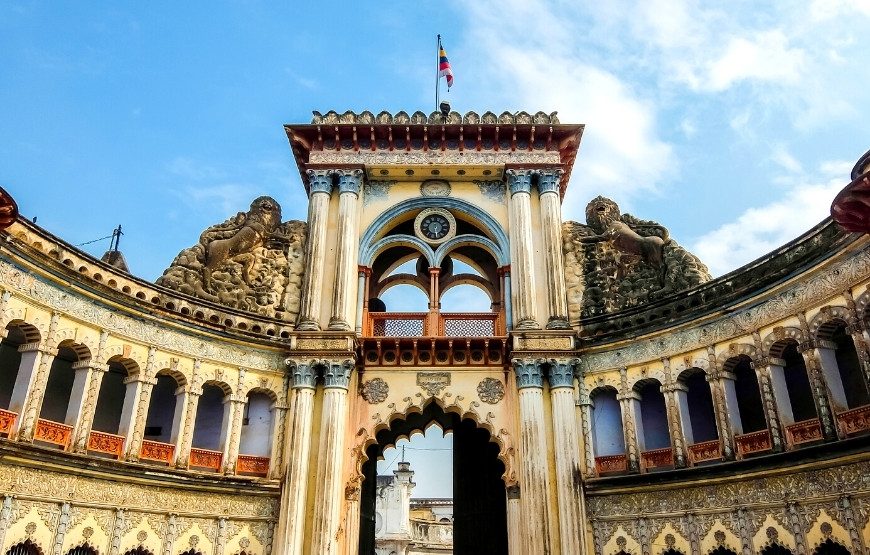 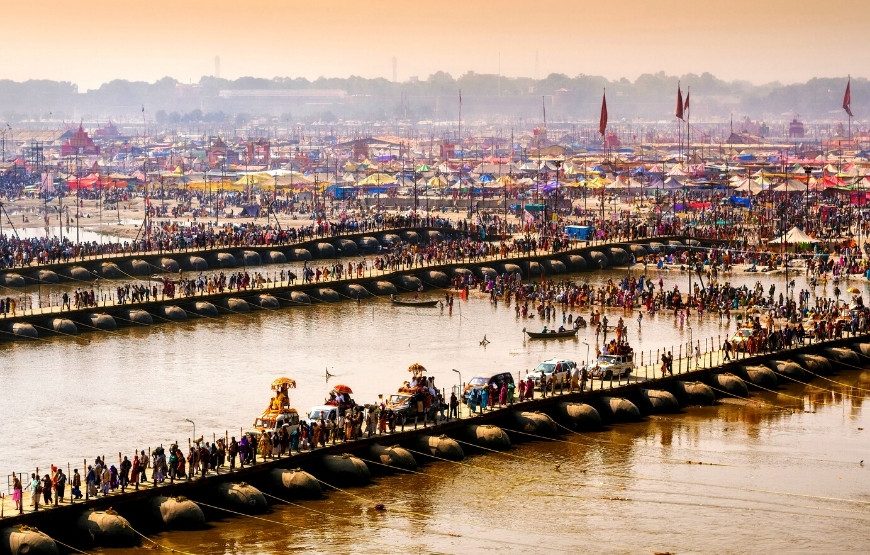 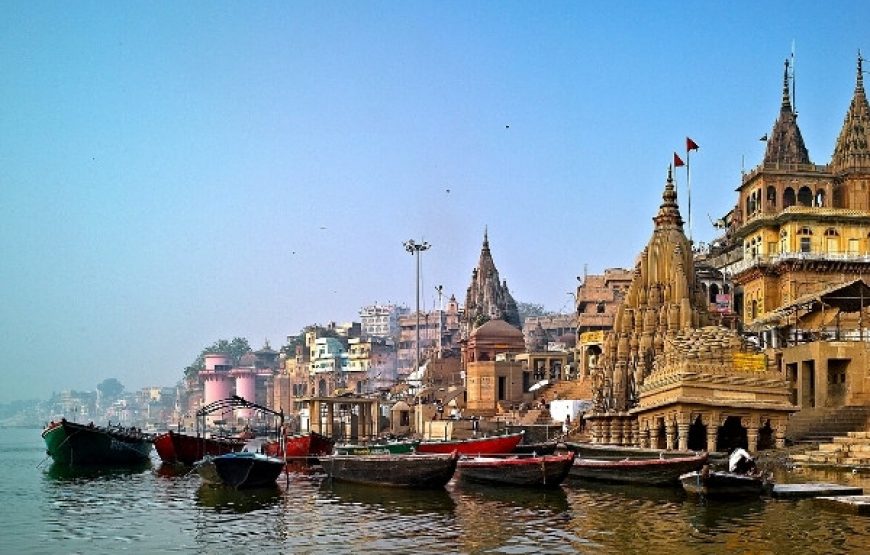 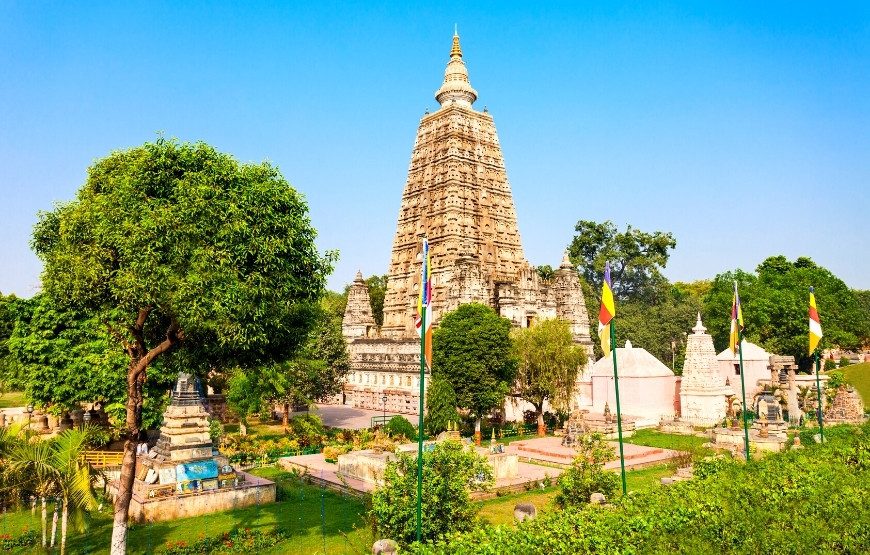 After early breakfast day trip to Naimisaranya (Naimisharanya (Neemsar) is a land steeped with Hindu mythology linking it to Lord Brahma, Lord Vishnu, Goddess Sati and Lord Shiva. The place is unique owing to the belief that it is the land where the pantheon of 33 Hindu God & Goddesses reside. It also believed to be the first most sacred of all pilgrim centres for Hindus. It is said that if one performs penance for 12 years on this land, one moves to Brahmaloka. The place is located on the banks of River Gomti in Sitapur district at a distance of 94 Km from Lucknow. This place finds mention as a dense forest in several ancient scriptures, including the Mahabharata. It is definitely worth a day trip to visit the various shrines) Evening return to Lucknow. Overnight in Lucknow.

After breakfast checkout from hotel and transfer to Ayodhaya (Ayodhya, also known as Saketa, is an ancient city of India, believed to be the birthplace of Rama and setting of the epic Ramayana. It is adjacent to Faizabad city in the central region of the Indian state of Uttar Pradesh. Ayodhya used to be the capital of the ancient Kosala Kingdom. Owing to the belief as the birthplace of Rama, Ayodhya (Awadh) has been regarded as one of the seven most important pilgrimage sites (Saptapuri) for Hindus. It is believed that the birth spot of Rama). Return hotel check in and overnight stay in Faizabad.

After early breakfast check out from hotel and transfer to Prayagraj. (The city's original name – Prayag, or "place of offerings" – comes from its position at the Sangam (confluence) of the Ganga, Yamuna and Sarasvati rivers. It is the second-oldest city in India, and plays a central role in Hindu scriptures. Allahabad was originally called Kaushambi (now a separate district) by the Kuru rulers of Hastinapur, who developed it as their capital. Since then, Allahabad has been a political, cultural and administrative centre of the Doab region. Mughal emperor Akbar renamed it Ilahabad, which the British changed to Allahabad. In 1833 it became the seat of the Ceded and Conquered Provinces region before its capital was moved to Agra in 1835. Allahabad became the capital of the North-Western Provinces in 1858, and was the capital of India for a day. The city was the capital of the United Provinces from 1902 to 1920 and remained at the forefront of national importance during the struggle for Indian independence.) Overnight in Prayagraj.

After breakfast day trip to Chitrakoot (Chitrakoot, "the hills of many wonders" is indeed a gift of nature and the gods. Located in the Banda district of modern Uttar Pradesh(U.P), on the banks of river Paisuni(Mandikini), Chitrakoot is a tranquil retreat on the northern spur of the Vindhyas. Just 6 km south of Karvi and 72 km south east of Banda district on the road to Allahabad, Chitrakoot Dham is one of the most ancient holy pilgrim places of India. Legends have it that it was the abode of Lord Rama, his wife Sita and brother Lakshman for eleven years of their fourteen years of exile. This is also the place,where they came in contact with sage Atri and sati Anasuya.This abode of the gods is credited to have seen the incarnations of Brahma,Vishnu and Mahesh.

After breakfast check out from hotel and transfer to Varanasi. Check later in evening transfer to Ganges for Boating & evening Ganga Aarti on famous Dashashwamedh Ghat (Dashashwamedh Ghat is the main ghat in Varanasi on the Ganga River. It is located close to Vishwanath temple and is probably the most spectacular ghat. Two Hindu legends are associated with it. According to one, Lord Brahma created it to welcome Lord Shiva. According to another legend, lord Brahma sacrificed ten horses during Dasa - Ashwamedha yajna performed here). overnight in Varanasi.

After breakfast checkout from hotel and transfer to Bodhgaya (It is famous as it is the place where Gautama Buddha is said to have obtained Enlightenment (Pali: bodhi) under what became known as the Bodhi Tree). On reaching before check in visit Mahabodhi Temple. Return hotel check in and overnight stay in Bodhgaya.

After breakfast, checkout from hotel and drop at Varanasi airport for onward/return journey. (VEHICLE IS AVAILABLE ONLY FOR AIRPORT DROP).