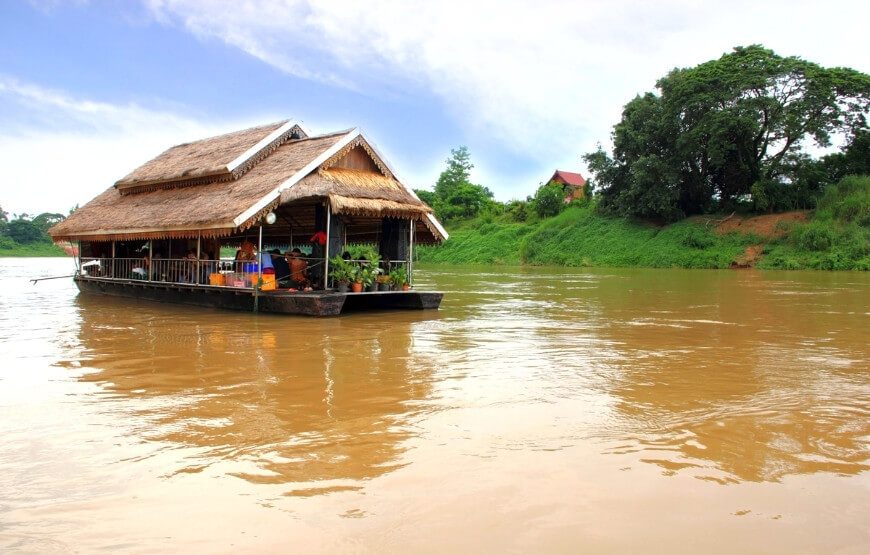 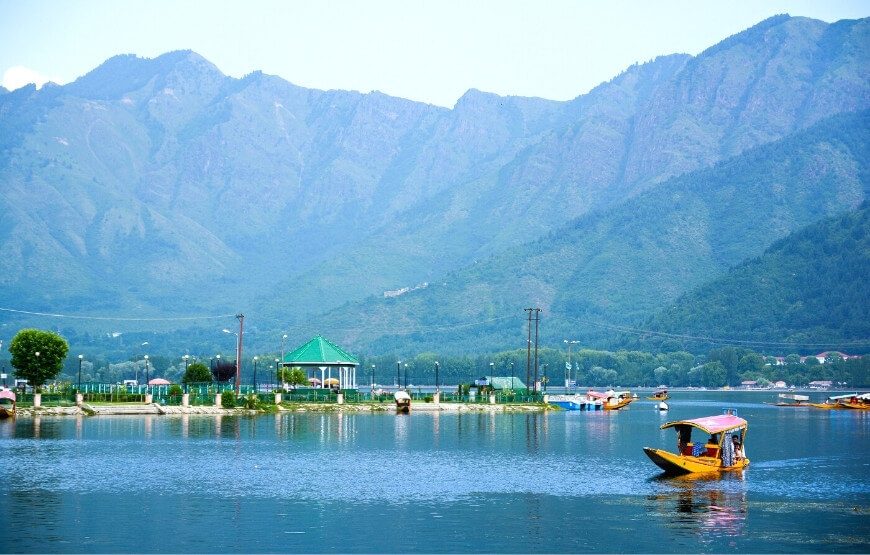 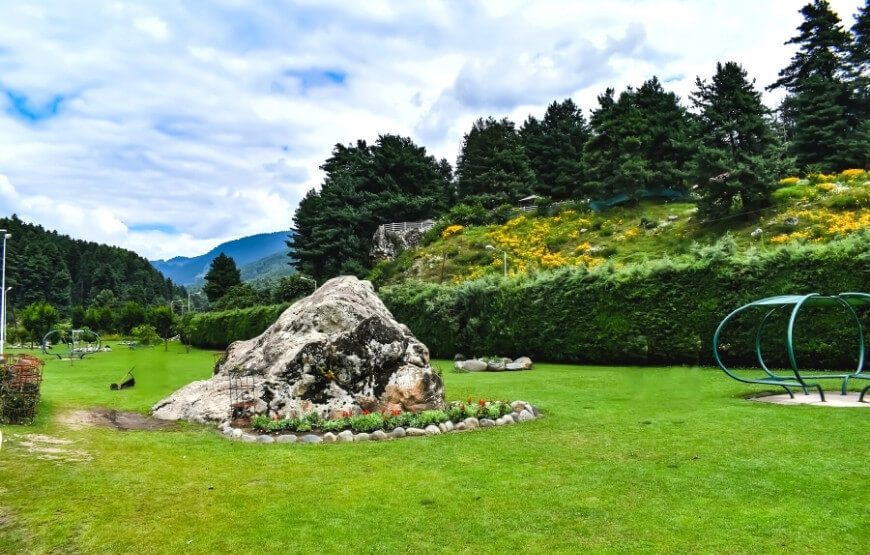 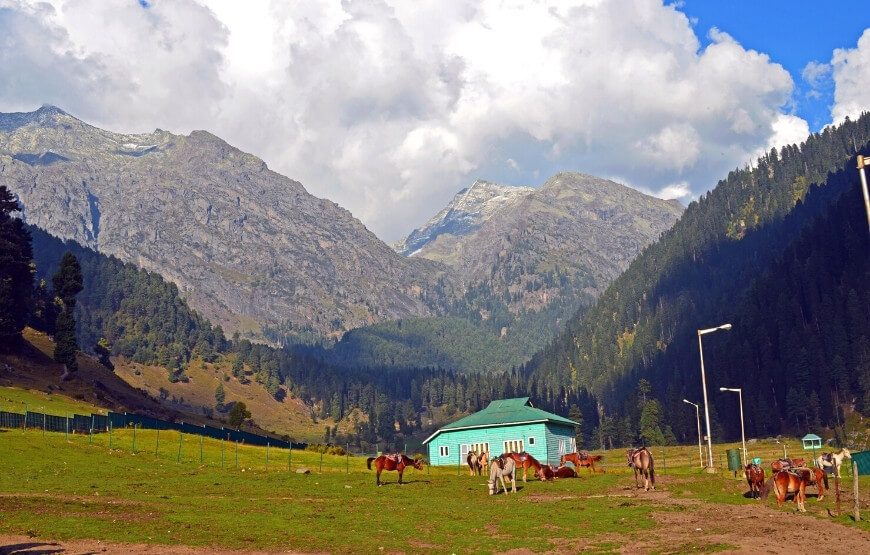 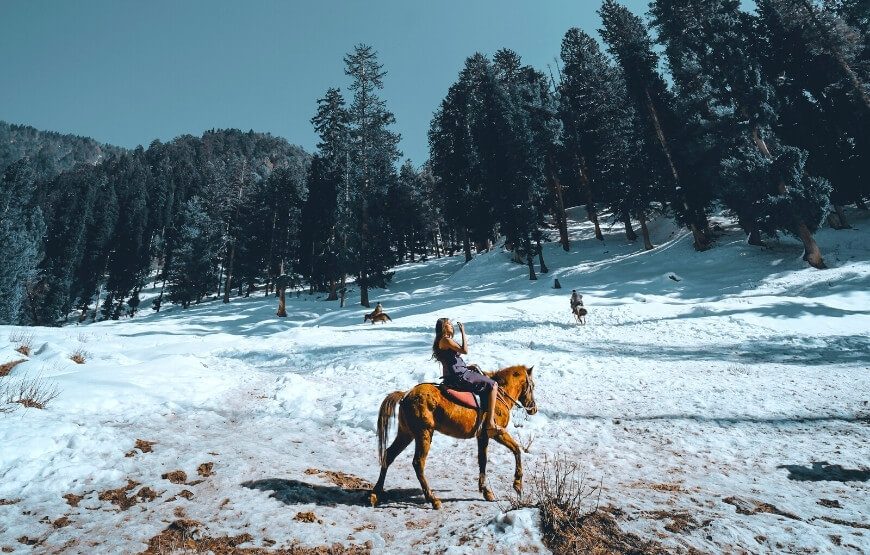 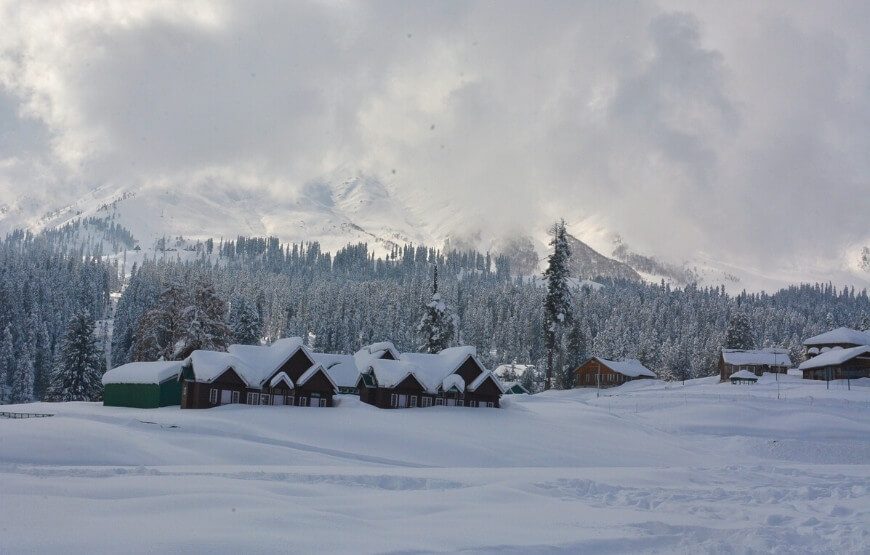 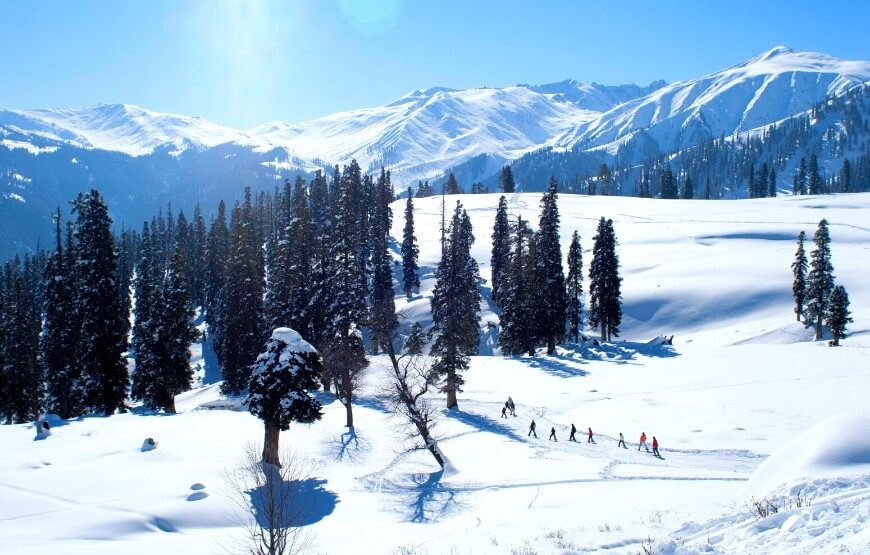 Arrival at Srinagar Airport. The vehicle to the hotel departs from Srinagar Airport at 1200 hrs And 1500 Hrs. Guests are requested to time their flights as per this schedule to avail the complimentary transfers or else they may opt for the add-on transfers on extra payment basis. Reach your hotel. Check in and freshen up. In Evening Enjoy Shikara ride on Dal Lake, Overnight in Srinagar.

Today after an early breakfast leave for Pahalgam, the Valley of Shepherds via Srinagar. Drive through saffron fields; visit Awantipura ruins of an 1100 yr old temple of Lord Vishnu. Drive through the pine forest and along the Lidder River. Arrive Pahalgam and transfer to your hotel. Rest of the day is at leisure. Dinner & Overnight stay at hotel in Pahalgam.

Today after breakfast, depart for excursion trip to the valley was named Betaab after the bollywood movie by the same name! Earlier known as Hajan Valley, after the release of the movie, it was renamed as major part of the movie was shot here.

After Noon proceed for trip to Aru Valley – Aru Valley is a tourist spot 11 km from Pahalgam noted for its scenic meadows, and mountains, it is a base camp for trekking to the Kolhoi Glacier and Tarsar Lake. The village lies of the left bank of the Aru river, which is a tributary of the Lidder river. Dinner & Overnight at the hotel in Pahalgam.

Today after breakfast enjoy a picturesque drive to Gulmarg, the Meadow of Flowers, 2730 mts above sea level Gulmarg offers spectacular views of snow capped mountain peaks, conifer forests and green meadows; it is home to the highest 18 hole golf course of the world. Thereafter time is free for activities on your own. You may enjoy an optional sledge ride or Cable car ride on the snow covered slopes (on direct payment basis). Dinner & Overnight at the hotel.

After breakfast, proceed for Srinagar. On arrival check into your hotel. Later proceed for half day Srinagar sightseeing covering the ancient Shankaracharya temple, famous Mughal Gardens Nishat Bagh, Abode of Pleasure on the shore of the Dal lake, Shalimar Abode of Love built by Jehangir for his wife Empress Noor Jehan. Rest of the day is free for leisure activities. Dinner & Overnight at the hotel.

Today after Breakfast, proceed for a day excursion to Sonmarg (Golden Meadow). Sonmarg lies in Sind Valley streamed with flowers and surrounded by mountains. Sonmarg is also the base for some interesting treks to the high altitude of Himalayan Lakes. Enjoy horse riding upto Thajiwas glacier and sledge riding on snow (on direct payment). Return back to Srinagar by evening. Dinner & Overnight stay at hotel in Srinagar.

Note: - If in case heavy snow fall Sonamarg is not operational so Will take clients to Yusmarg.

Today after breakfast, transfer to Srinagar airport to board the return flight with Happy Memories!