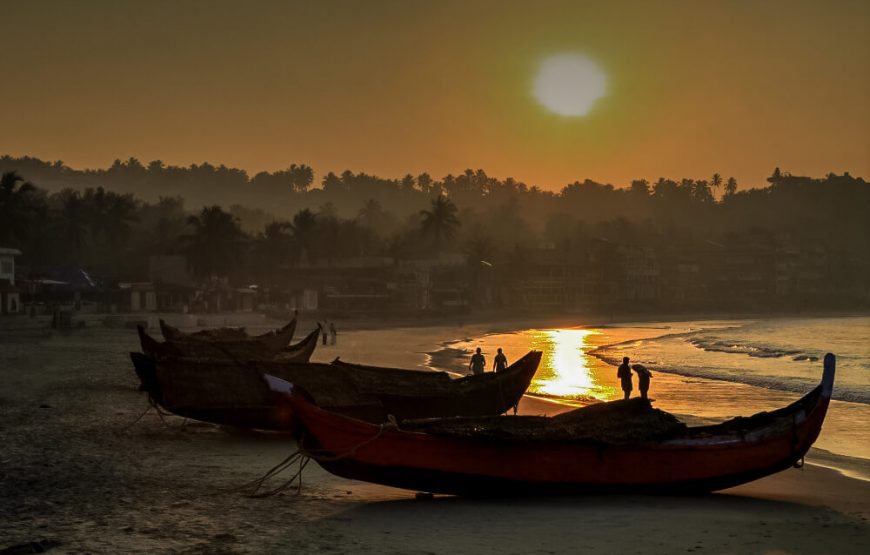 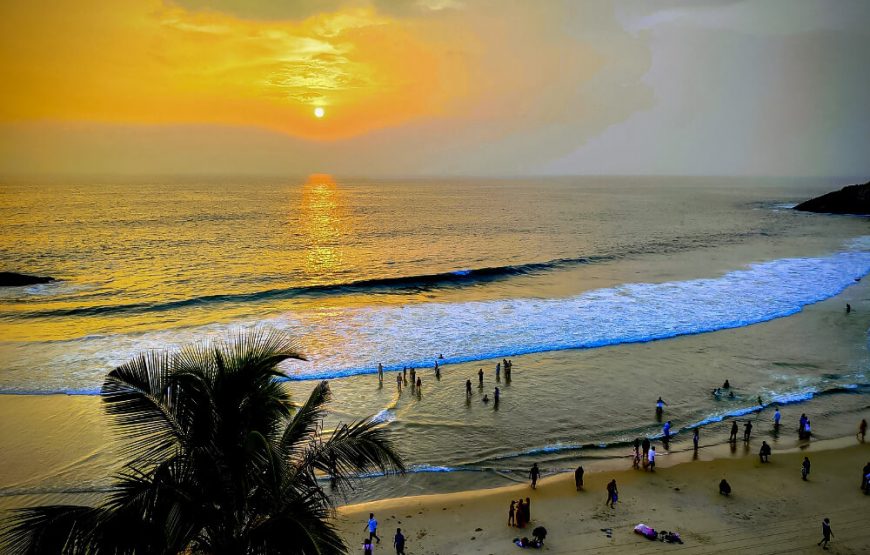 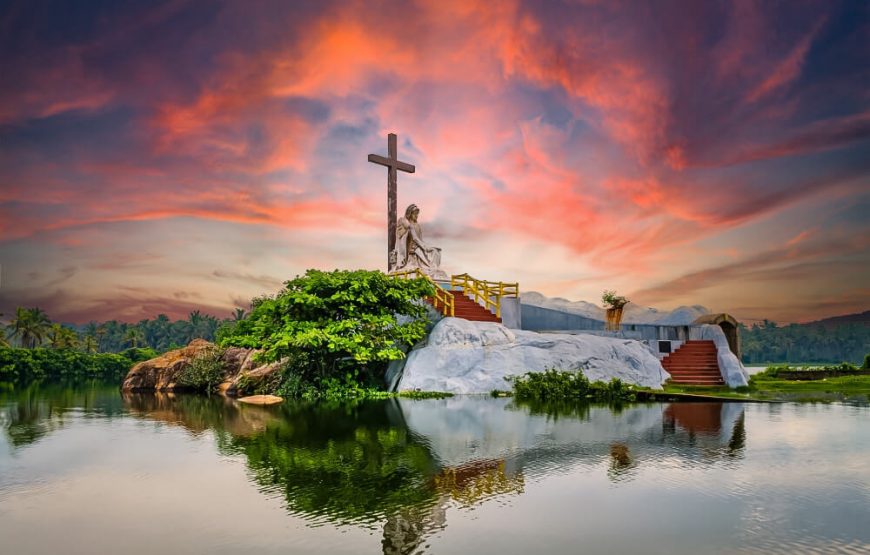 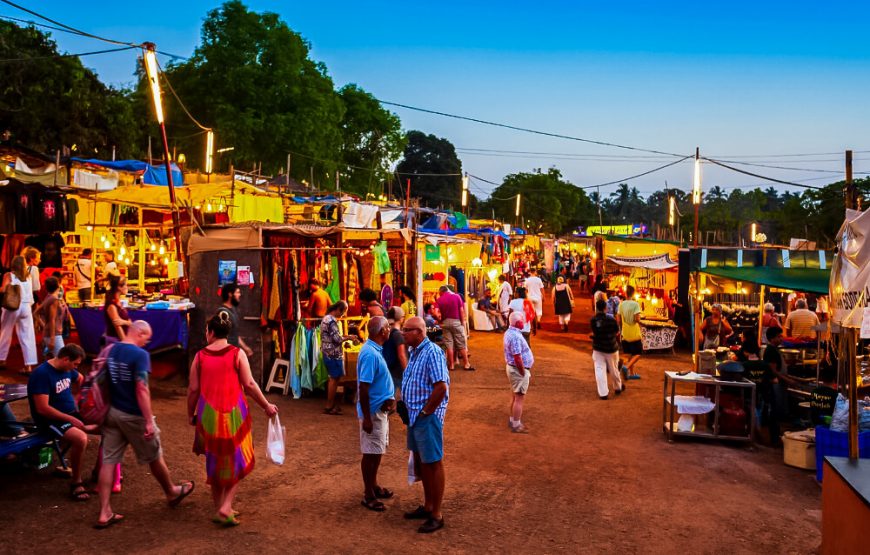 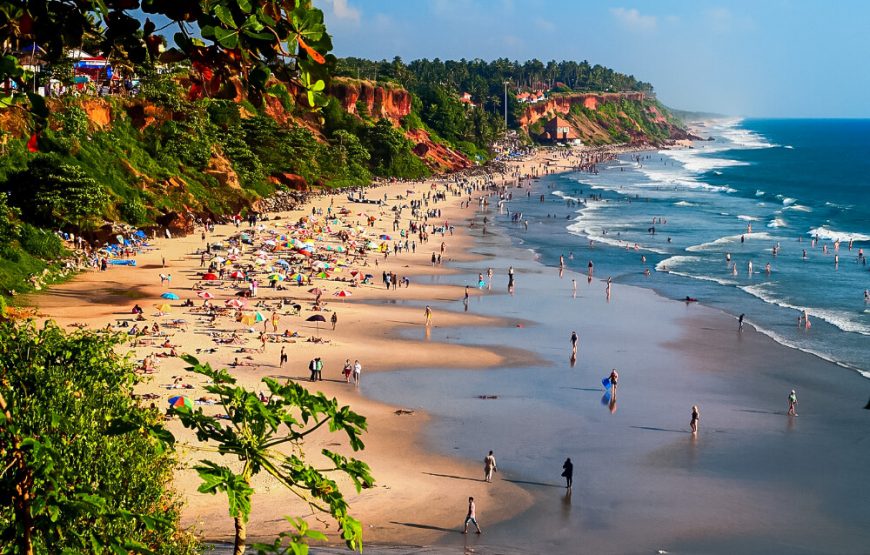 Sunbathing, swimming, herbal body toning massages, special cultural programmes and catamaran cruising are some of them. The tropical sun acts so fast that one can see the faint blush of coppery tan on the skin in a matter of minutes. Life on the beach begins late in the day and carries on well into the night.

On arrival meet and Greeted by Denote representative and driven to Kovalam, one of the most popular beach destinations in Kerala. Check into your hotel. Kovalam consists of three adjacent recent beaches separated by rocky headlands, of which the southernmost, Lighthouse Beach, is the most famous. The Azure waters and favourable climate make Kovalam a favourite year-round destination for beach lovers. In the evening enjoy a romantic massage and a complimentary bottle of champagne.

Day at leisure on the beach.

Check out and proceed to Poovar. A place where nature is at her enchanting best; picture-perfect. Swaying coconut palms, endless golden sands, deep blue sea, emerald green backwaters, red-orange sunsets and verdant green vegetation. Nature has used all the colours of her palette to create this dreamscape around the Resort.

Poovar is a small coastal fishing island at the southern tip of Thiruvananthapuram district in Kerala. The village is embraced by a beautiful beach on one side and the backwaters on the other. During high tides, an estuary links it to the sea. It is very close to harbor of Vizhinjam and is a network of lagoons, lakes, canals, estuaries, deltas, interspersing forty-four rivers that join the Arabian Sea. Located 38km from the State capital, a fifteen-minute boat ride reaches you at Poovar. Poovar has been a trading centre and port in ancient times where timber, sandalwood, ivory and spices were traded. Evening free for beach activities.

Varkala is the only place in southern Kerala where one can find cliffs adjacent to the Arabian Sea. These tertiary sedimentary formation cliffs are a unique geological feature in the otherwise flat Kerala coast, and are known among geologists as Varkala Formation and a geological monument as declared by the Geological survey of India. There are numerous water spouts and spas on the sides of these cliffs. Varkala is also famous for its 2,000 year old Janardanaswamy temple. Another major landmark in Varkala is the Sivagiri Mutt, established by the great social reformer Sree Narayana Guru.

The hill-top mausoleum of Sree Narayana Guru, also located there, is one of the most famous monuments in Kerala. Another important feature of Varkala is the now dilapidated Varkala Tunnel, through which passes the TS Canal. High red rocks, coconut trees, unspoiled sea with good waves, restaurants, one holy hind beach and that is the wonderful sight of the Arabian Sea coastline(Lord Krishna) temple is said to cleanse one of all sins. The Sivagiri Mutt established by the great social reformer, Sree Narayana Guru is also nearby. Mineral water springs on the high cliffs are a unique attraction of the destination.

After breakfast visit the 800-year old Janardhana temple, dedicated to Ayyappan and Hanuman, atop the hill has brought a sobriquet for the region, Southern Kasi (Benares). Afternoon enjoy the quite beautiful Papanasam beach which is a perfect place to watch the sunset or relax gazing at the horizon. The area is covered with coconut palms. This beach is bordered by high cliffs. Right below this cliff is the 500 -meter stretch beaches.

Day for your departure transfer to Trivandrum Airport.